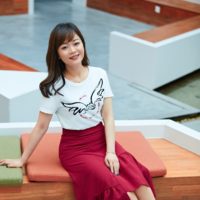 Yuki He is a Chinese business executive and entrepreneur. She is founder and CEO of Live.me, a popular live streaming platform, and Senior Vice President of Cheetah Mobile.

Live.me is available in more than 85 countries and regions and supports nine languages including English, Japanese, Indonesian, Hindi, German, Spanish, Portuguese, Vietnamese and Traditional Chinese. One year after its launch in 2016, Live.me had amassed 20 million users and within 18 months, the live broadcasting app had processed more than $6 million in payments to its influencers. Live.me currently has 50 million users. Since August 2016, Live.me has been recognized as one of Google Play’s  and Apple’s top grossing social apps.