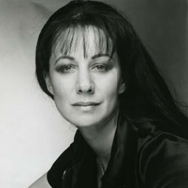 Co-Founder of Cisco Systems and Founder of Urban Decay

Not only is she the founder of two companies but she also is a Jane Austen scholar for two reasons: for writing the sequel to “Pride and Prejudice,” the “Second Impressions,” and for purchasing a 125-years lease to the Chawton House. In addition, she owns an organic farm and tavern in Virginia and has founded the Women in Mathematical Sciences Initiative at Shenandoah University. After walking away from Cisco Systems, she used her compensated stock to create the Bosack/ Kruger Foundation and have donated to a multitude of charitable causes, focusing mainly on animal welfare and scientific research.