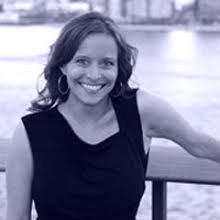 Rachel Gerrol is widely recognized for her work on innovative philanthropy and she was named one of the “99 Most Influential Foreign Policy Leaders under 33” by the Diplomatic Courier. Her projects have been featured in The NY Times, The Financial Times, The Atlantic, Forbes, Vanity Fair, Barron’s, Inc. and The Huffington Post. Rachel helped organize the “White House Conference on Next Gen Philanthropy & Impact Investing” in 2014 and worked closely with the Obama/Biden Administration to launch the “It’s On Us” campaign to stop sexual assault on campus, which she continues to be an Advisor to today. She Co-Founded the IMPACTHAUS Social Impact Film Series at the Sundance Film Festival and was Founding Executive Director of PVBLIC Foundation where she organized the “Media for Social Impact Summit” at the U.N. for several years and Co-Chaired the G8 Young Summit in 2013.