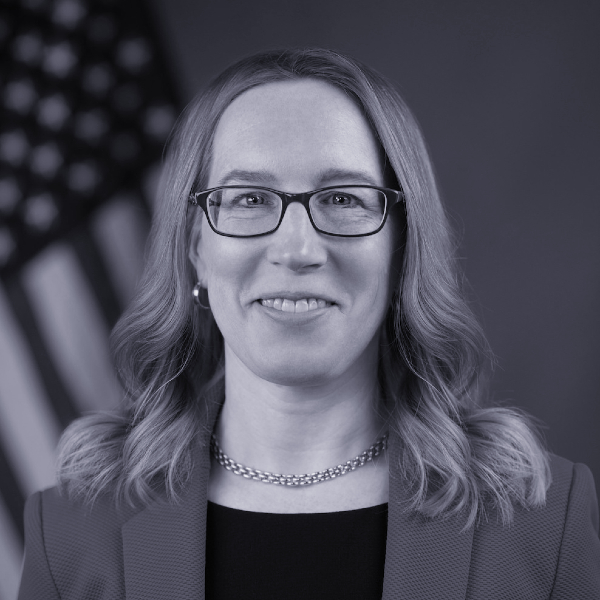 Hester M. Peirce was appointed by President Donald J. Trump to the U.S. Securities and Exchange Commission and was sworn in on January 11, 2018. Prior to joining the SEC, Commissioner Peirce conducted research on the regulation of financial markets at the Mercatus Center at George Mason University. She was a Senior Counsel on the U.S. Senate Committee on Banking, Housing, and Urban Affairs, where she advised Ranking Member Richard Shelby and other members of the Committee on securities issues. Commissioner Peirce served as counsel to SEC Commissioner Paul S. Atkins. She also worked as a Staff Attorney in the SEC’s Division of Investment Management. Commissioner Peirce was an associate at Wilmer, Cutler & Pickering (now WilmerHale) and clerked for Judge Roger Andewelt on the Court of Federal Claims. Commissioner Peirce earned her bachelor’s degree in Economics from Case Western Reserve University and her JD from Yale Law School.