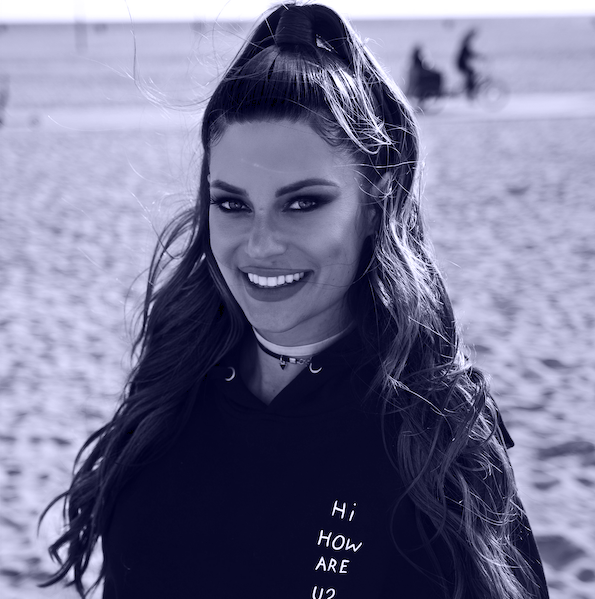 Hannah Stocking is a multi-talented writer, director, and actress who brings her unique comedy to millions of viewers around the world. With a background in chemistry and biology, Stocking breaks down interesting and relevant topics in easily accessible ways. She has created two original series built around the concept of blending science with comedy: “The Science of Beauty” and “Science Party with Hannah Stocking,” the latter which is a product of a partnership with ATTN. Stocking has found ways to bring her talents to the world of music as well. She starred in the videos for Blink-182’s “She’s Out of Her Mind” in 2016 and the vertical video for Lele Pons’ smash hit “Celoso.” She also created the official lyric videos for “Celoso” and “Hard 2 Face Reality” by Poo Bear featuring Justin Bieber and Jay Electronica. Stocking’s talent has allowed her to also cross over to traditional media. She joined E! News for their coverage of the 2017 Grammy Awards and presented an award at MTV MiAws. She made her big screen debut, playing Anna in Tyler Perry’s no. 1 movie Boo 2! A Madea Halloween. She has landed features from PAPER Magazine, GQ Thailand, and others. Stocking’s talents and abilities make her a truly one-of-a-kind creator.