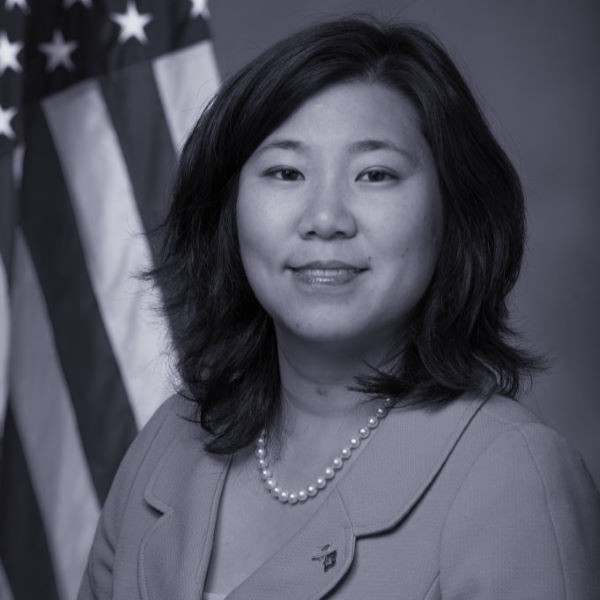 Grace Meng represents New York’s 6th Congressional District located in Queens, New York.  She was born and raised in Queens as the daughter of immigrants and has never forgotten where she came from or who she fights for.
As a child growing up in the most diverse county in America, Grace quickly came to believe that every person deserves a seat at the table.  Whether young or old, rich or poor, she believes every voice deserves to be heard.  That conviction prompted Grace to begin her professional career as a public interest lawyer before serving two terms in the New York State Assembly.
Now, in her third term in Congress, Grace continues to advocate for inclusive policies that benefit the vulnerable and the often overlooked.  From her seat on the House Appropriations Committee, and as the mother of two young boys – Tyler and Brandon – she regularly fights for federal programs that benefit women and children.  She even co-founded the Bipartisan Congressional Kids’ Safety Caucus which she still co-chairs.
While Grace remains one of the 15 youngest Democrats in Congress, she has been ranked the 8th most-effective legislator in the Democratic Party according to the Center for Effective Lawmaking. She serves as Chair of ASPIRE PAC through which she supports Asian American candidates across the country, and works to ensure that Asian American voices and concerns are heard in the political process.
Grace is the national leader on issues pertaining to menstrual hygiene product safety and availability.  She successfully fought for the provision of menstrual hygiene products to homeless women, fights for their availability to incarcerated women, denounced the discriminatory tampon tax in New York, and has introduced federal legislation that would require menstrual hygiene product labels to include a list of ingredients.
In February of 2017, Grace was elected Vice Chair of the Democratic National Committee where she focused on winning back the House in 2018 and winning back the White House in 2020.
Grace represents the only congressional district located entirely in Queens, New York, where she continues to live with her husband, Dr. Wayne Kye, a professor at New York University’s College of Dentistry, and her two boys. She attended New York City public schools, including Stuyvesant High School, received her undergraduate degree from the University of Michigan, and earned her law degree from Yeshiva University’s Benjamin N. Cardozo School of Law.