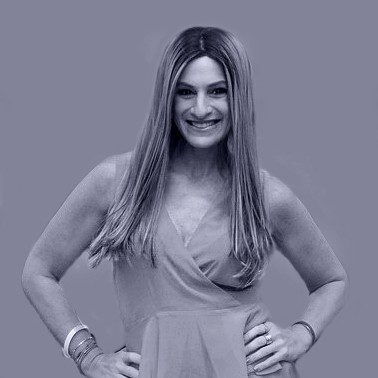 Denise Albert is an award-winning journalist, television producer and Co-Founder of The MOMS (‪TheMOMS.com) and Mamarazzi Celebrity Events. Denise is a Former Senior Producer at Good Morning America, and Former President and Executive Producer at David Blaine Productions. She calls herself a #FulltimeWorkingStayAtHomeMom #HappilyDivorced “independent” mom of two boys. Denise is #FutureCancerSurvivor (and now #Survivor). She was the Co-Host of MOMS & The City on NBC’s Digital Television Platform and Co-Host of The MOMS on SiriusXM Radio and Mamarazzi on People.com. Albert is also an Advocate for Breast Cancer and has shared her story on People.com and had an on-going series at GoodHousekeeping.com. Denise speaks at Medical Conferences, Charity Events and other organizations on a variety of topics about her journey including along side Mariano Rivera as keynote for his recent charity event.

When Denise was diagnosed with Breast Cancer in December, 2015, she felt lucky to be diagnosed early after she found a lump just months after a mammography (she had received a letter saying it was normal but didn’t read further to see that it said she had dense breasts and may want further testing). She had a lumpectomy in January and was fortunate enough to share her story on ‪People.com. Denise used social media and her platforms with

The MOMS along with an ongoing series at ‪GoodHousekeeping.com to continue to write about her journey. Denise’s video with the TSA after a horrific experience at LAX went viral and Denise is using that to educate others on the best ways to travel with illness. Denise is in touch with hundreds of patients and families across the country and believes this answers the “why me?” and is passionate about raising awareness for Breast Cancer and helping others. The MOMS created, produced and hosted, Strut, The Fashionable Mom Show that presented three times at Mercedes Benz Fashion Week at Lincoln Center. Denise contributed to The Hufﬁngton Post Parents and The Hufﬁngton Post Divorce, where she wrote a series called, “Divorce Diaries”. Denise previously served as a feature reporter for NBA-TV and a producer at Inside Edition. Denise is a better mom because she works and a better worker because she’s a mom. She lives in NYC with her two boys, Jaron and Jaylan.