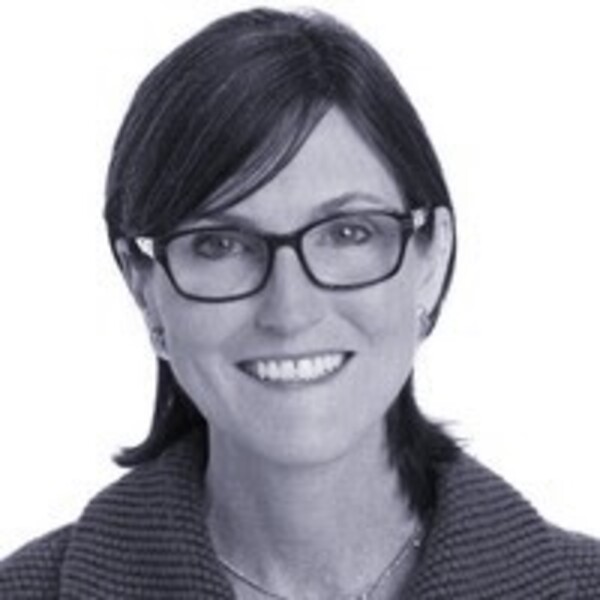 Cathie Woods is the CEO and Founder of Ark Trust. Cathie registered ARK Investment Management LLC (“ARK”) as an investment adviser with the U.S. Securities and Exchange Commission in January 2014. With over 40 years of experience identifying and investing in innovation, Cathie founded ARK to focus solely on disruptive innovation while adding new dimensions to research.

Prior to ARK, Cathie spent twelve years at AllianceBernstein as CIO of Global Thematic Strategies where she managed over $5 billion. Cathie joined Alliance Capital from Tupelo Capital Management, a hedge fund she co-founded, which in 2000, managed approximately $800 million in global thematic strategies. Prior to her tenure at Tupelo Capital, she worked for 18 years with Jennison Associates LLC as Chief Economist, Equity Research Analyst, Portfolio Manager and Director. She started her career in Los Angeles, California at The Capital Group as an Assistant Economist. Cathie received her Bachelor of Science, summa cum laude, in Finance and Economics from the University of Southern California in 1981.

Cathie has been recognized as an influential fund manager across various outlets. In 2018, editors at Bloomberg acknowledged Cathie by selecting her to its second annual Bloomberg 50 list of people across business, entertainment, finance, politics, technology, and science who have defined global business. Additionally, Fortune named Cathie to its exclusive roundtable of experts in the annual Fortune Investors Guide: The Best Investing Advice for 2019 From Fortune’s Experts. In 2016, Cathie received the “Women in Finance – Outstanding Contribution Award” from Market Media. Cathie also has been a featured speaker at the World Economic Forum (China) in 2016 & 2017, the World Strategic Forum (Miami) in 2017, The Sohn Hearts and Minds Investment Leaders Conference (Australia) in 2018 and 2019, and Singularity University’s Exponential Finance in 2017 and Global Summit in 2019.